Below are a few samples from the category, Law.
To see the full set of articles, you must become a YourStream subscriber.
CARTER PAGE SUES U.S. OVER 2016 SURVEILLANCE
Former Donald Trump 2016 campaign associate Page sued federal officials, saying he was the victim of "unlawful spying. 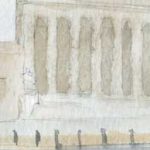 THE SUPREME COURT, FAITHLESS ELECTORS, AND TRUMP'S FINAL, FUTILE FIGHT
Much has been written about how there is essentially no chance that the Supreme Court will intervene in any of the existing litigation in a way that will call into question Joe Biden's victory. Once the court makes clear it is going to stay out, supporters of President Donald Trump (and pro-Trump . . . 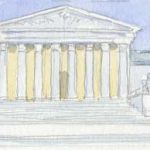 SYMPOSIUM: A NOT-AT-ALL DISGUISED ATTEMPT TO SHIFT POWER AWAY FROM LATINO VOTERS
This article is the final entry in a symposium previewing Trump v. New York. Nina Perales is vice president of litigation for the Mexican American Legal Defense and Educational Fund and counsel in La Union del Pueblo Entero v.